Huang Wenyong
ONE OF THE MOST
HARDWORKING MASTERS of
JIAN WARE

Huang Wenyong was born in 1981 in the Fujian province of China, which is the home of ancient Song dynasty's Jian ware. He's the representative inheritor of the National Intangible Cultural Heritage of the art of Jian ware making.

He's made a prominent mark in the artwork in the whole of China and specifically in the Jianyang city. He's not only the vice president of the city's Jian Ware Association but also the director of Yuyao Ceramics Research Institute in the province.

Wenyong's father, Huang Meijin is one of the best masters of Jian ware manufacturing in China. Despite his great skills, Meijin is rarely known because he has opted to remain esoteric in the field. Being the son of a Jian ware artist, it wasn't easy for Huang Wenyong to cope up initially as he toiled his way through the painful period of internship under his father's strict supervision.

Conventionally, an artistic training involves getting lessons on all the aspects of the art from a teacher. However, Wenyong obtained his training in the Jian ware making from his father, who was very meticulous about each and every minute detail. For a very long time, he was only made to undertake the most basic works like crushing, porcelain ore selection, mudding, panning etc.

He felt lucky when he got a chance to carry out some rough body touch to Celadon. Meijin never allowed his son to do any burning or glaze adjustments, which are the most crucial skills in Jian ware manufacturing. 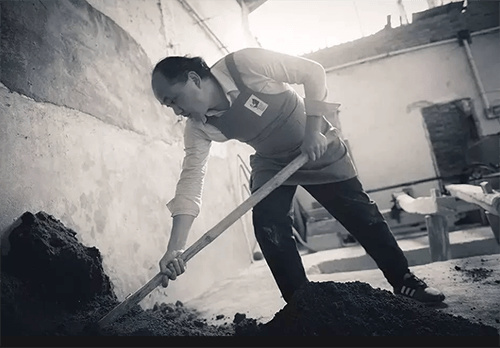 Wenyong felt extremely tired and sad and he often complained about this to his father. Meijin always responded that "The road is very difficult and you need to lay a good foundation". However, building a sound foundation takes a long time. The monotony of a similar schedule every day, the mental and physical tiredness of repeating the same activity is difficult to appreciate if you've not experienced the process.

It's very similar to a monk's meditation and not many people can persist with it. Laying of a good foundation not only means improving your techniques in craft but also to achieve maturity and calmness in execution.

The lessons taught by his father have got etched onto Huang Wenyong's heart. Wenyong completely realizes the meaning of his father's words now. He understands that the difficulty in the road that his father spoke about wasn't any physical difficulty, but rather a psychological one.

With adequate practice, almost anyone can make a good Jian ware piece. However, in order to create a masterpiece, calm nerves, a humble heart, an unflappable spirit and a meticulous methodology are equally important. 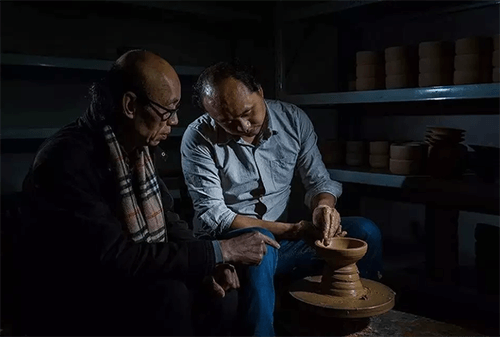 It's this psychological difficulty that counts the most when it comes to deciding between success or failure. It's also the most gruelling of predicaments to overcome. A true master is supposed to possess the ability to keep his calm in all circumstances. This is where Huang Meijin's tough training was useful in providing Wenyong with an imperturbable temperament for the rest of his life.

Huang Wenyong was fortunate to be the son of a Jianye master and an excellent teacher. His father taught him not just the nuances of the art but also the importance of perseverance at a very young age.

He possesses an indomitable spirit as well as all the skills that are essential to creating a Jian ware masterpiece. Under the supervision of his father, Wenyong learnt his lessons through hardships that not many people experience. 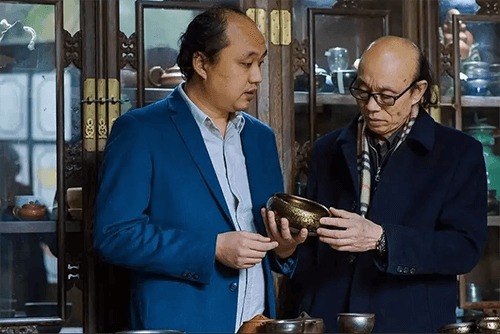 Wenyong's Jian ware are famous all over the world and are loved by fans as well as critics. His works are in demand and are collected by Victoria and Albert Museum, The Palace Museum, Museum of Oriental Ceramics, Osaka Shanghai Museum, Fujian Provincial Museum and the National Palace Museum in Taiwan...

Huang Wenyong has been honored by many reputed establishments for his artwork during his artistic career. Some of the prominent honors bestowed upon him are given below:

3. His works were awarded Gold at the National Art Fair in 2014.

4. He was honored with another Gold at the China Craft Hundred Flowers Award in 2016.

7. He bagged another Gold at the Shanghai International Gifts and Crafts Creative Design Exhibition in 2014.

8. He got Gold at the 14th National Crafts Fair also.

9. One of his latest Gold Awards was in 2017 at the Nanping City Process Innovation.