Its production process has been included in the China national intangible cultural heritage list. With the great heat of tea culture in recent years, it has also become the first-line porcelains. In 2016, Linyu Shanren’s "oil-spot" deal with more than $11.7 million. 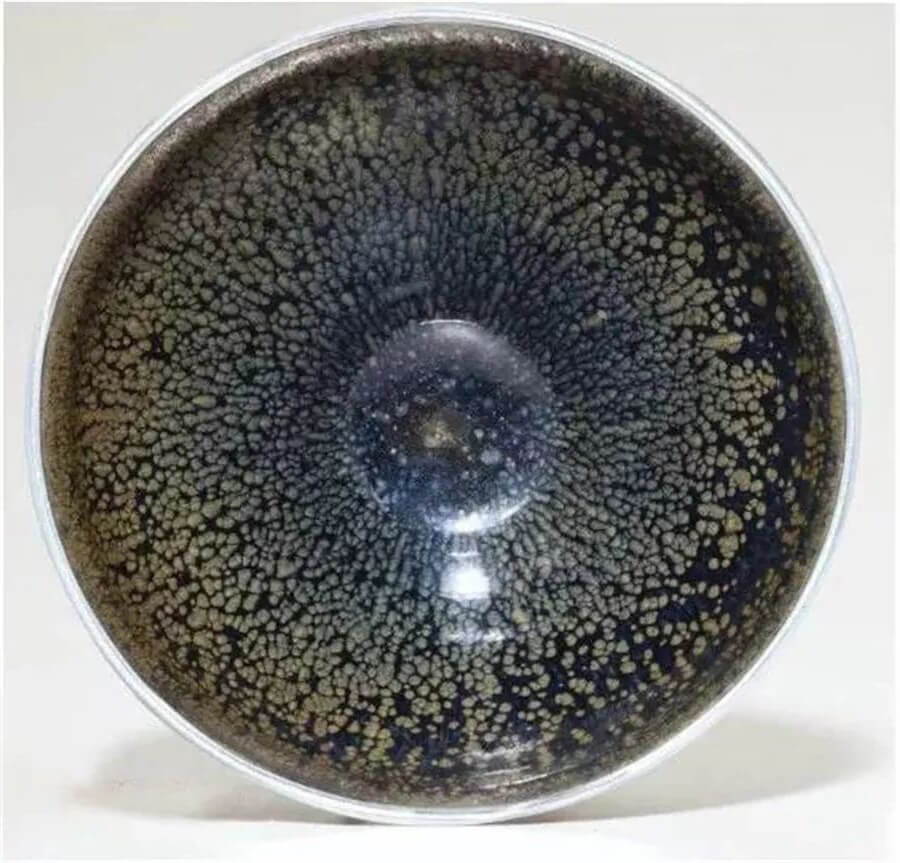 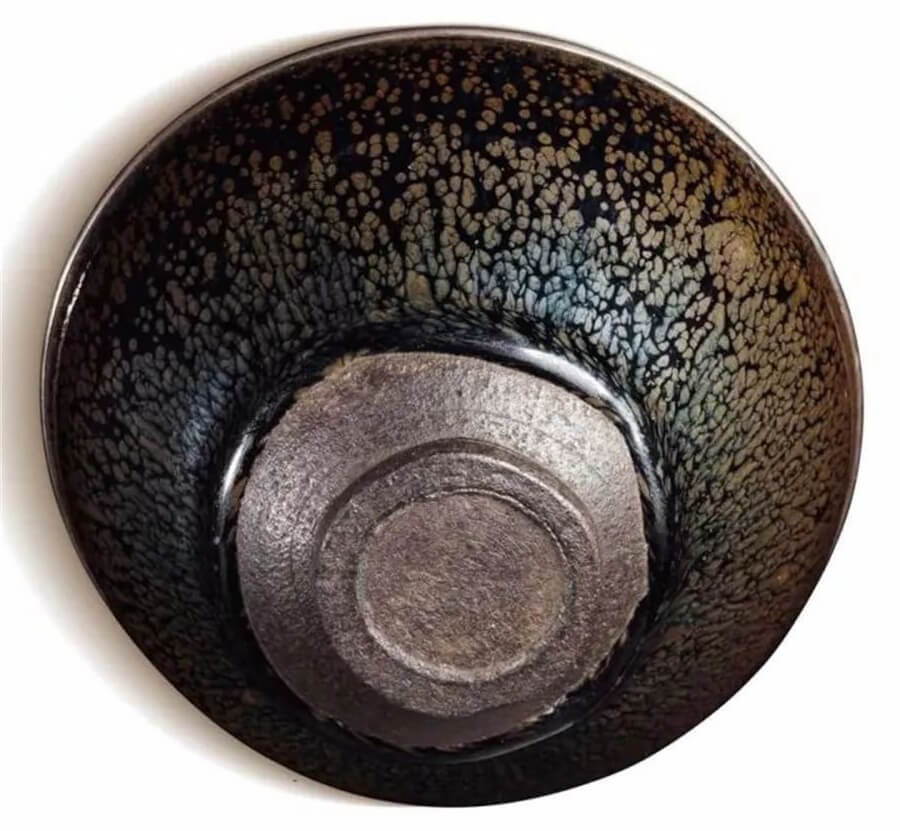 The hard power and soft power of Linyu Shanren’s "oil-spot" is the first in the open trading market. Its varieties are rare and experienced a long history.

Linyu Shanren’s "oil-spot" was sold at a price of $11.7 million dollars that equivalent to RMB 78 million, which represent a benchmark for Jian kiln collections.

From December 18, 1935, to September 3, 2015, it was recognized as an important art item by the Japanese Culture Agency and passed along with the National Treasure "Oil-Spot" Porcelain. This is a strong proof of the appreciation trend of Jian Ware! The auction of $17 million has made the most expensive record on the auction floor!

It is the "hare's fur" of Jian Ware, which is rare and exquisite.

Linyu Shanren’s "oil-spot" auction record holder now change into the second. It is very far-sighted to auction 11 years ago. today's worth is far more than the past. 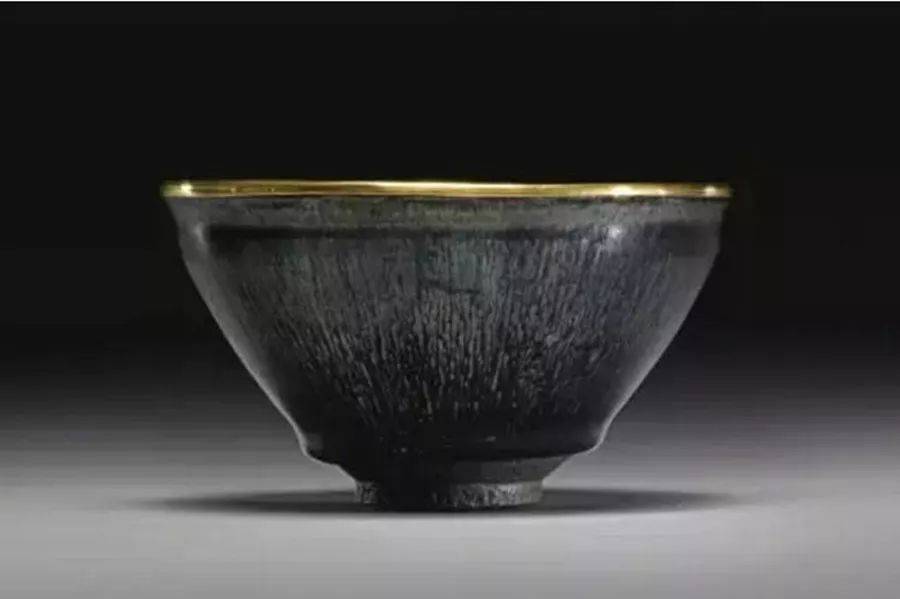 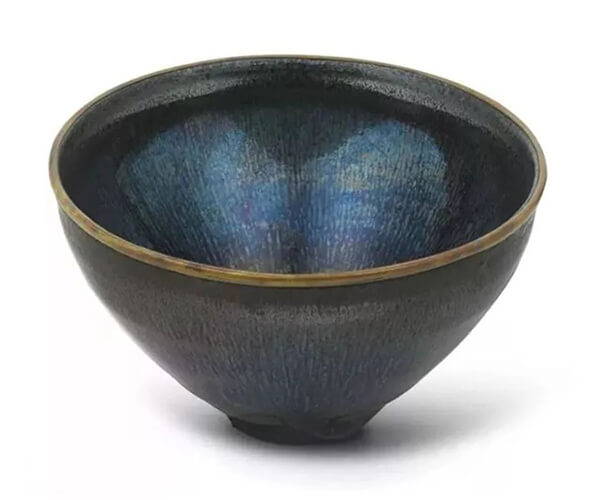 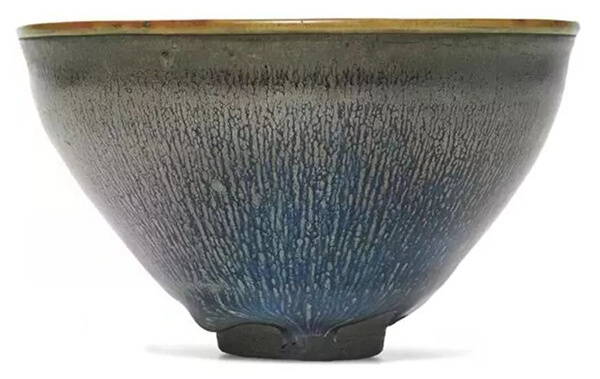 This Jian Ware was owned by the Weixingtang (1615-1690) later passed to the Osaka Fujita family, it could trace to the Muromachi period.

Have you seen the colorful black in the legend?

The Jian Ware of Sotheby’s in New York last year was a real explanation. This Jian Ware was owned by the Weixingtang (1615-1690) later passed to the Osaka Fujita family, it could trace to the Muromachi period. 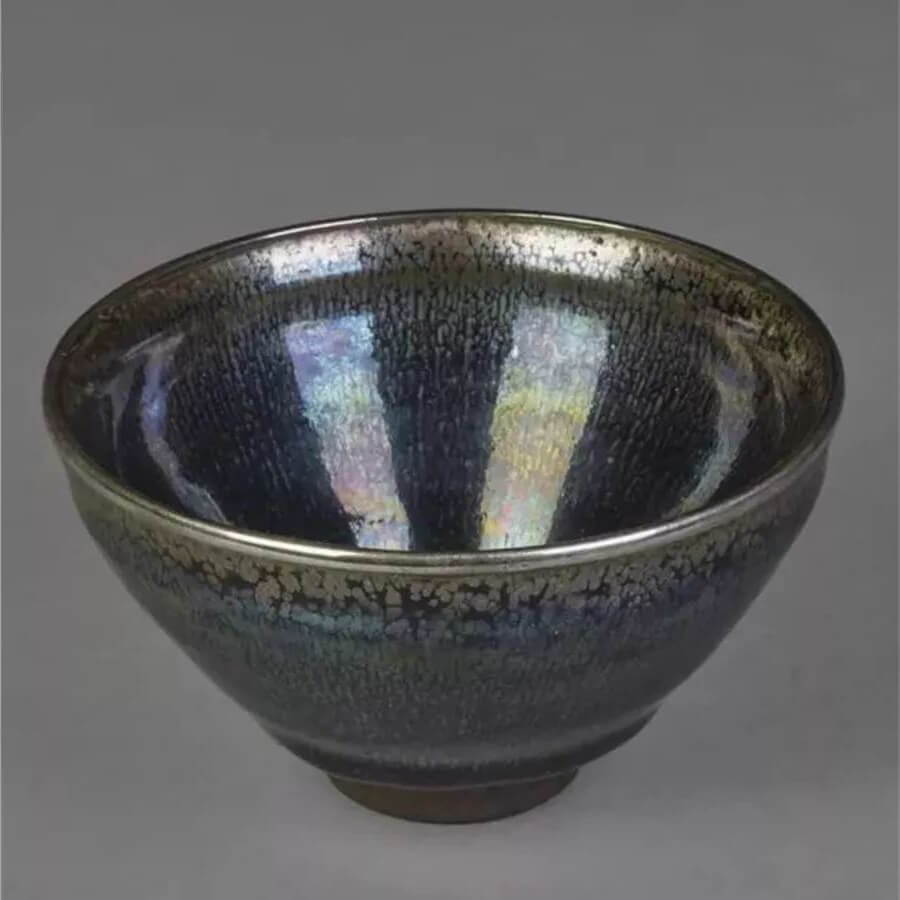 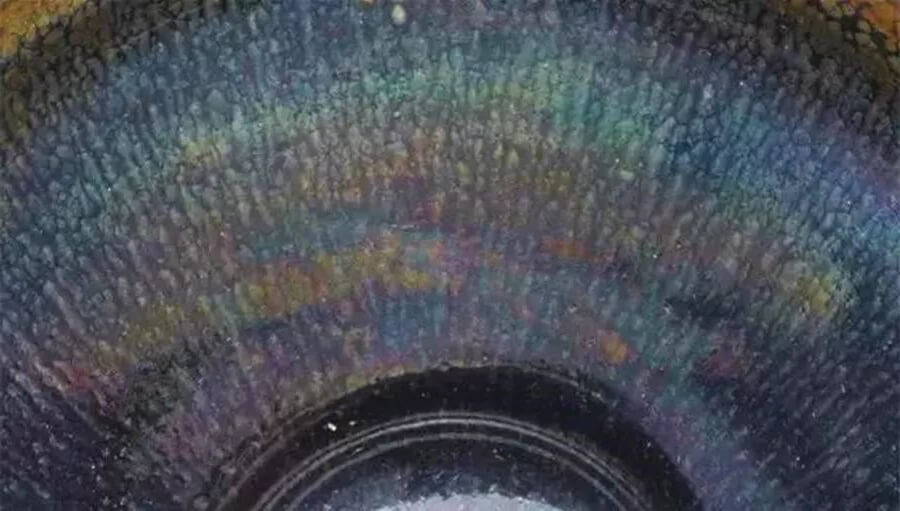 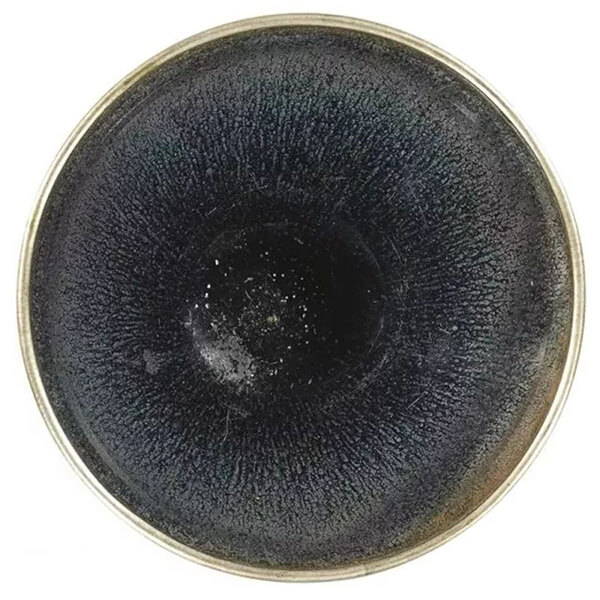 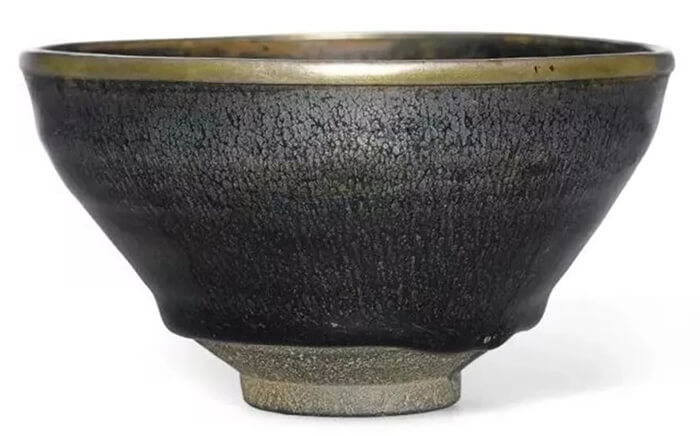 In the last year's Hong Kong Guardian auction, there was a Jian Ware sold at more than 3 million Hong Kong dollars and became a huge highlight on the spot.

This "hare's fur" of Jian Ware is yellowish brown under natural light. After focusing on white light, it can be seen silvery grain, slightly blue light, and the inner wall is slightly better than the outer wall. The boundary is not very clear, and it is not straight enough. There is a small flaw in the inner wall glaze. 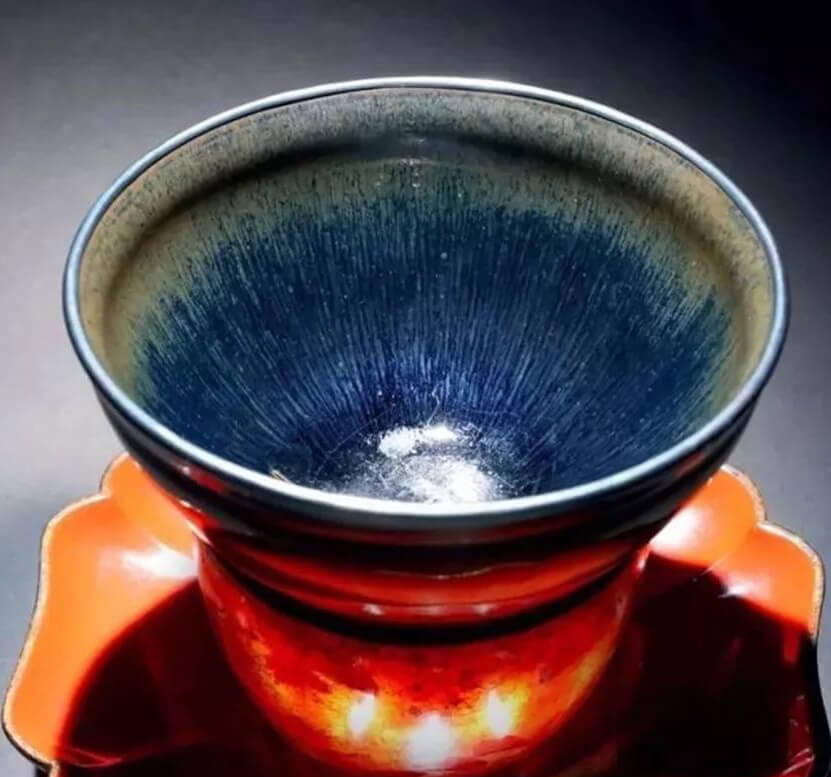 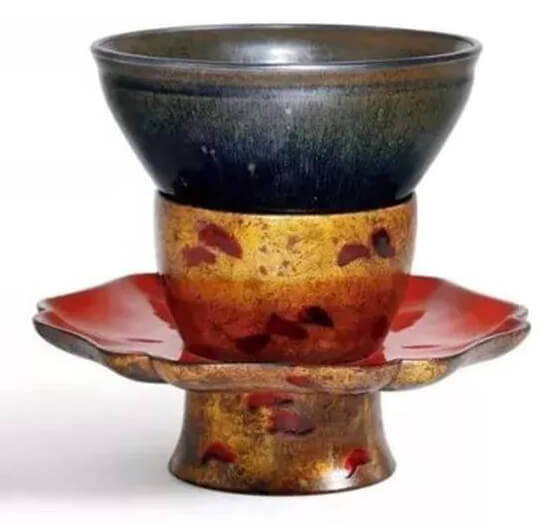 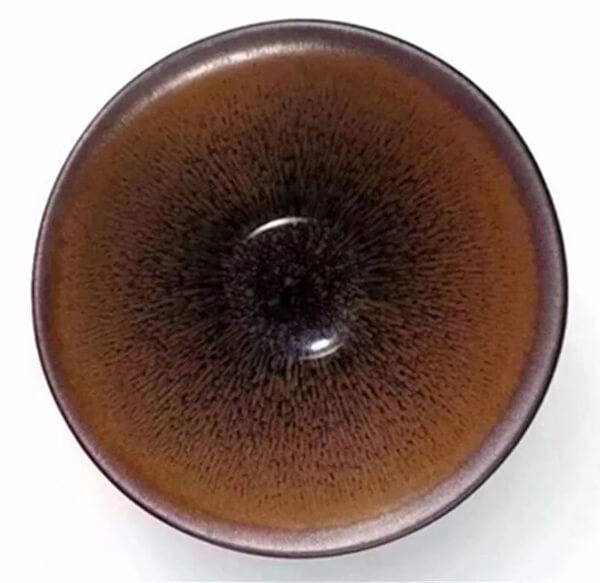 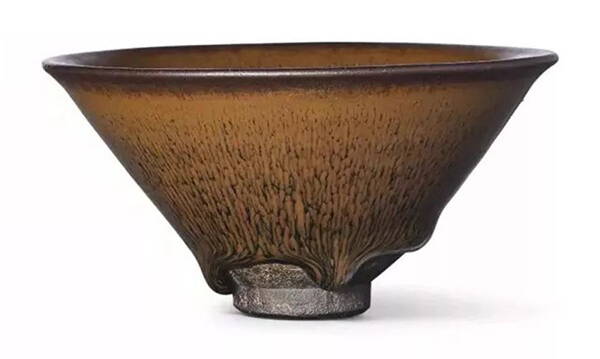 The "hare's fur" of Jian Ware was auctioned at the Sotheby's Lecong Hall in Hong Kong on October 3 last year was already famous. The Temmoku was very beautiful and its line is dynamic.

The Jian Ware's auction price is top one in 2015 and was collected by Fujita Art Museum.

On April 5, 2015, this "hare's fur" from Hong Kong Sotheby's was sold out at a price of 3,800,000 Hong Kong dollars. Its black glaze showed a clear blue light, mysterious beauty made its price to be ranked in the seventh place. 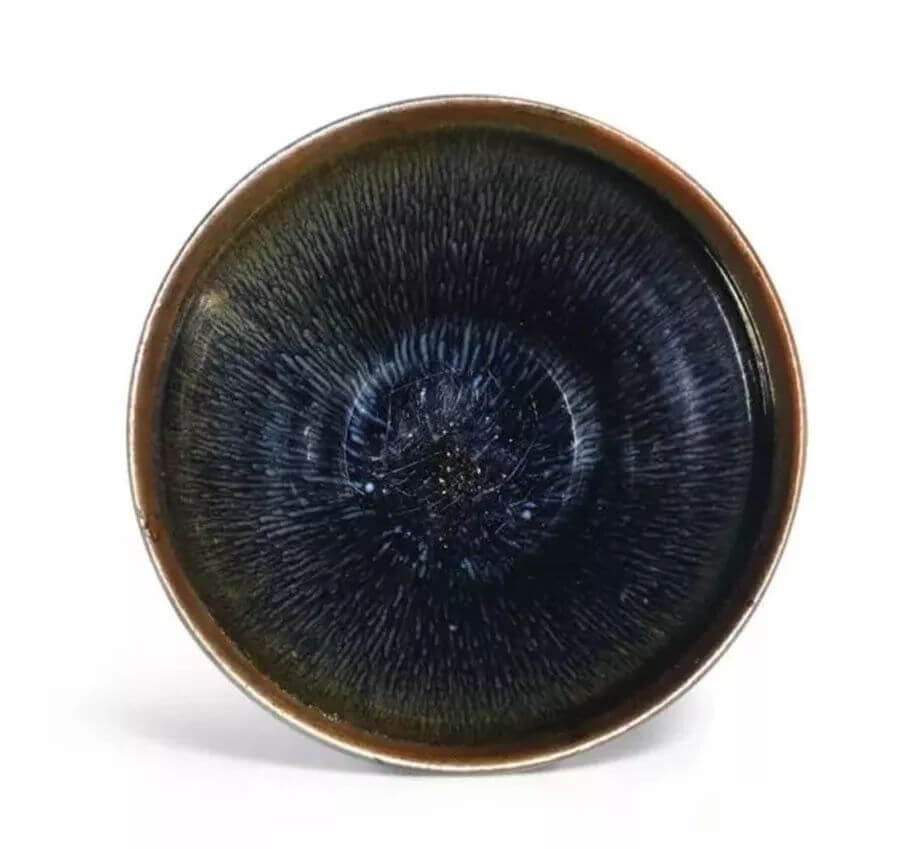 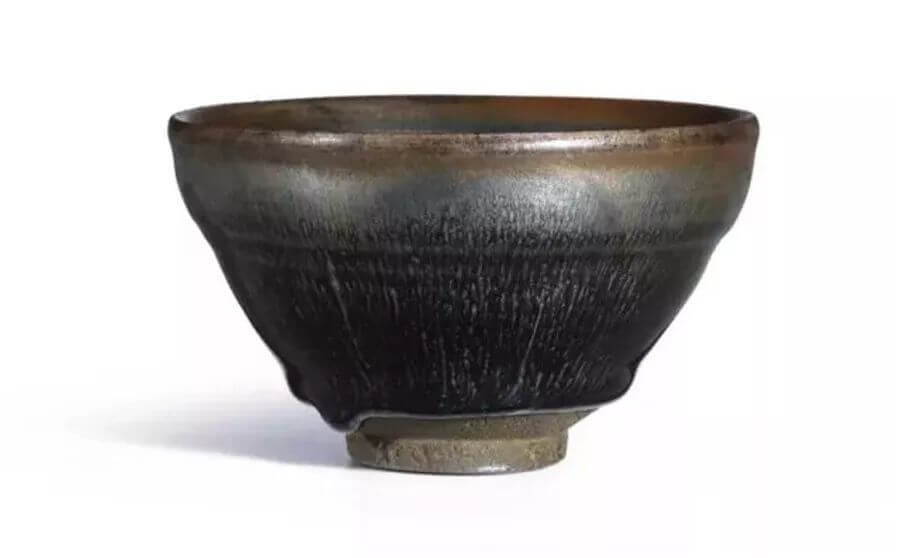 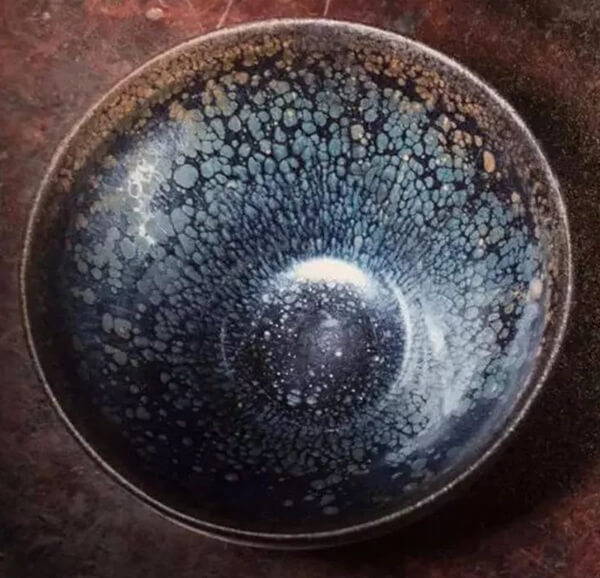 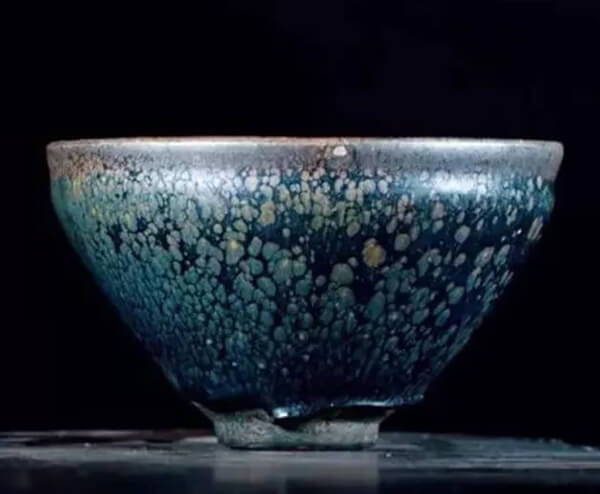 In recent years, the Xiling Yinshe Auction has gradually begun to emerge in the old kiln market.

In the Xiling Yinshe Autumn Auction at the end of last year, a "oil-spot" of Jian Ware was sold at a price of RMB 2.07 million, which is a very good price in the domestic market.

This "hare's fur" of Jian Ware was sold in Linyu Shanren Auction on December 2, 2015 at the Hong Kong Christie.

Linyu Shanren is a senior Japanese collector. He has been in the Song high quality porcelain collection for more than 40 years. Christie's has designed a special session for him. The "oil-spot" that set the record is also the Linyu Shanren's collection. 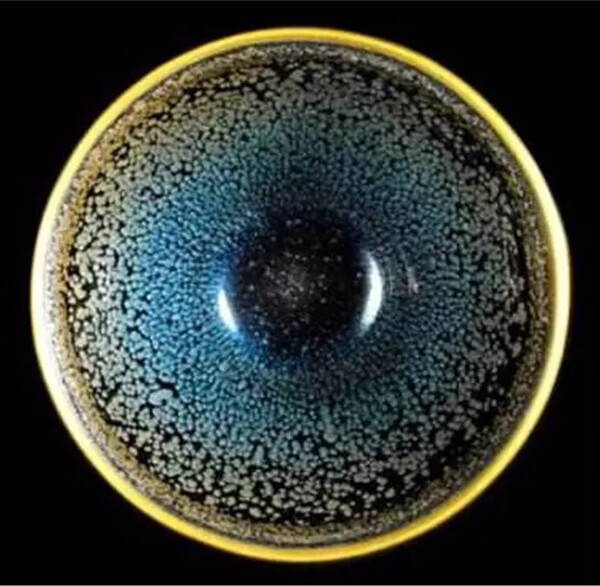 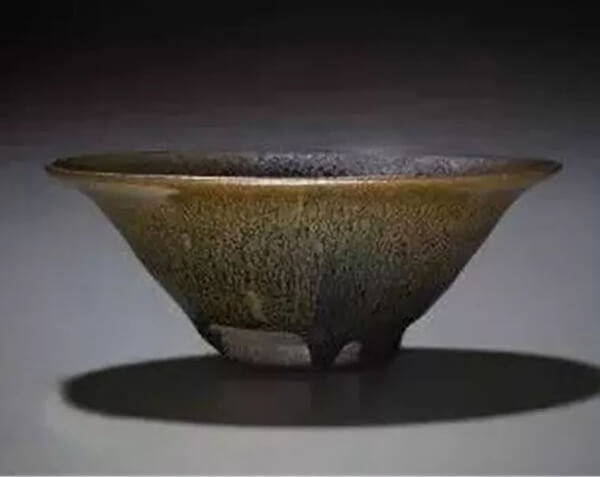 Compared with the previous Jian Ware, this auction was relatively early. It was held at the Yiqing Pavilion of Christie's in Hong Kong on May 29, 2013, But its transaction price is still as high as HK$1.95 million.

The following is the auction video of Lu Jinxi's Jian ware works: