Lv Zhuxing was born in the city of Jianyang in Sichuan province of China in 1962. At an early age of 16 years, he started working as an apprentice in a ceramic factory under his father in his home town. He learnt the traditional ways of making pottery like flower pots, jars, water bottles and tanks etc through wood burning. With honest commitment and hard work, Lu achieved high levels of competence in the technology of pot making. The skills acquired at this early age served him well during his work on Jian ware later on.

After 18 years of working on pottery and gathering hands-on experience through sustained efforts, he founded the Studio in 1996, where he used the electric kiln to burn Jian ware. He has committed his entire life to the study of techniques and methods of Song dynasty in the manufacture of the Jian ware. With great perseverance and a lot of endeavours, Lv has surpassed several barriers and work produced by him are as close to the ancient Jian ware as possible.

See the silver 'hare's fur' of the Song Dynasty was auctioned, and he spent ten years relentlessly pursuing it.

By chance, at the Sotheby's auction in London, he came across a Southern Song Dynasty kiln silver rabbit that was being auctioned. Upon sight of this, Lv Zhuxing came up with the idea of burning this kind of piece.

In an era of mechanization, Lv Zhuxing has always adhered to traditional firing processes. From soil selection to mineral processing, and eventually to the kiln, he carries out each process himself without allowing apprentices to assist the work. He believes that with this continuous adherence, the quality of the craft is improved and it can be better passed down to others.

In an era of mechanization, Lv Zhuxing has always adhered to traditional firing processes. From soil selection to mineral processing, and eventually to the kiln, he carries out each process himself without allowing apprentices to assist the work. He believes that with this continuous adherence, the quality of the craft is improved and it can be better passed down to others.

The soil is taken from high-iron clay in Shuji Town where the iron content is as high as 7-10%. The glaze water is made up of local soil and minerals which are then mixed with grass and ash from the mountains. The crucible fired from this material has very high iron content and can be heard with a finger to create a crisp sound.

The carcass of the Jian is made by hand-drawn blanks. Following many years of experience, he has highly advanced drawing skills. He then places the mud that has been created in advance on to the rotating turntable, and by using both hands, the carcass is ready.

The drawn blank also needs to be burned at 800 C to increase its strength. Otherwise, the blank would remain fragile and could be easily cracked. After this, the glazing process is carried out.

The method of firing the imitation Song Yin is quite unique, using a gas kiln firing. This is because the temperature of the gas kiln is more suitable than that of an electric kiln for creating the larger and thicker structure of the burner.

The gas kiln uses liquefied natural gas as a fuel, and if it is not controlled carefully, it can be easy to black the structure during the firing process. Moreover, the calculation of the fuel is required during the firing. A certain amount of air is also required to facilitate the chemical reaction during the process. So, the flow rate of the gas in the kiln and the resistance of the flow need to be calculated.

At the same time, in order to control the temperature to ensure safety during the firing process, it is necessary to sprinkle water on the gas tank at regular intervals. As a result, he is unable to leave the kiln for long period of time, so he is unable to even have regular meal times. 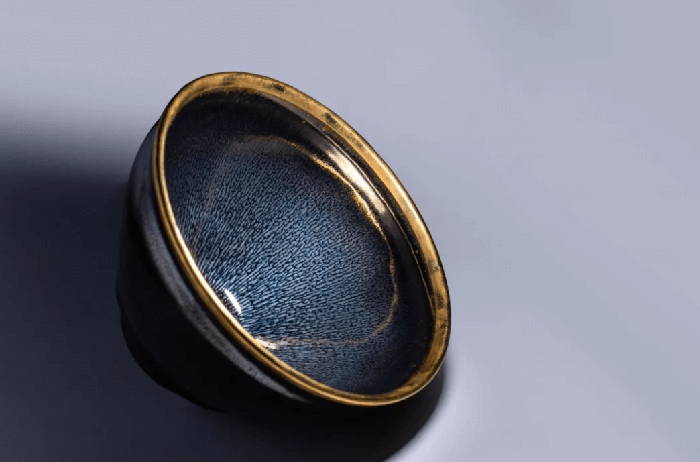 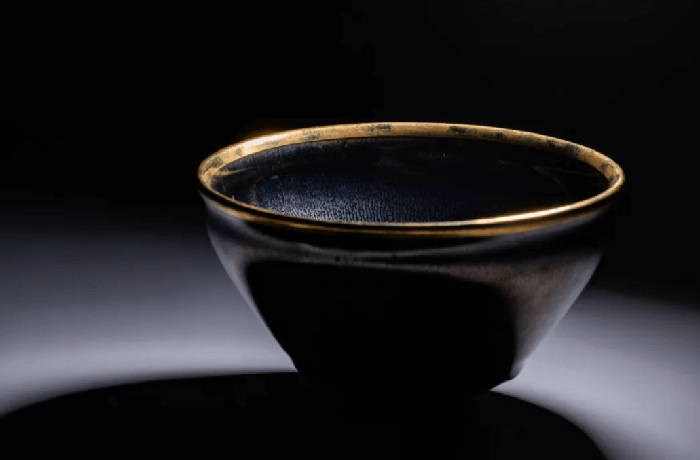 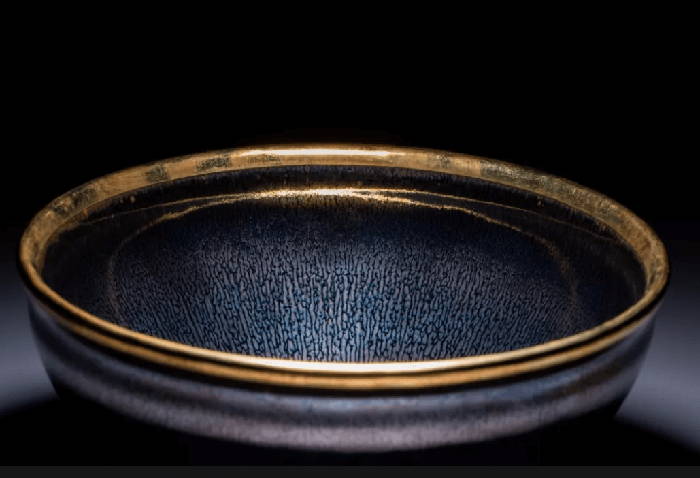 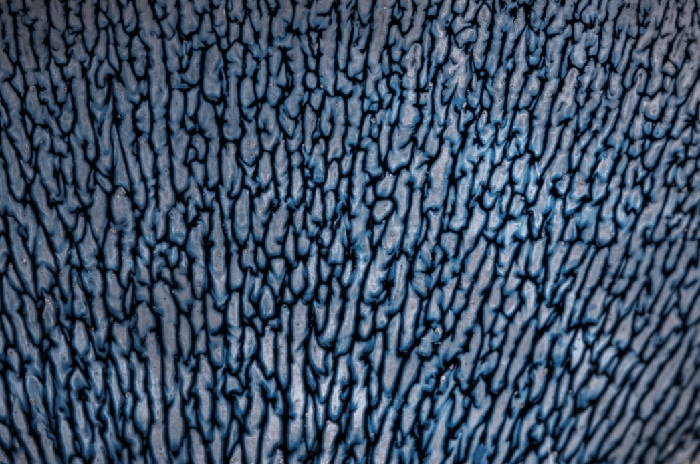 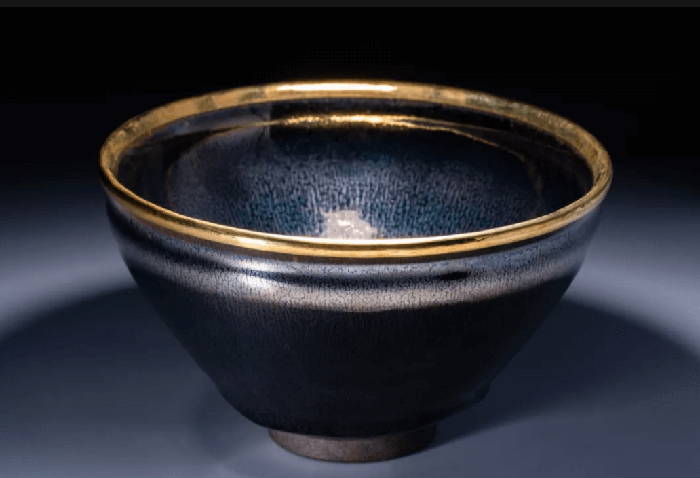 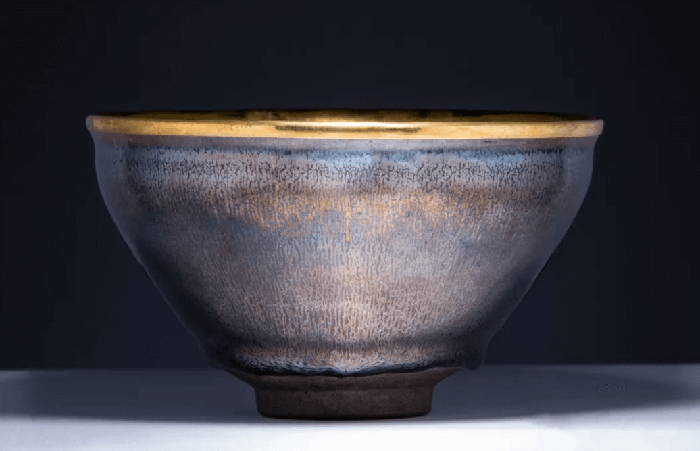 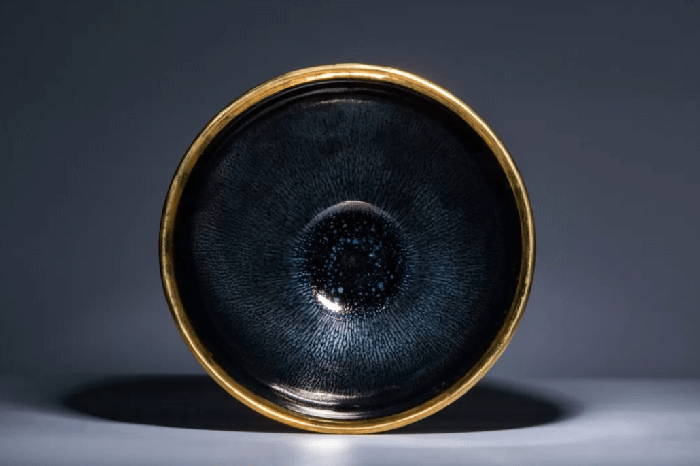 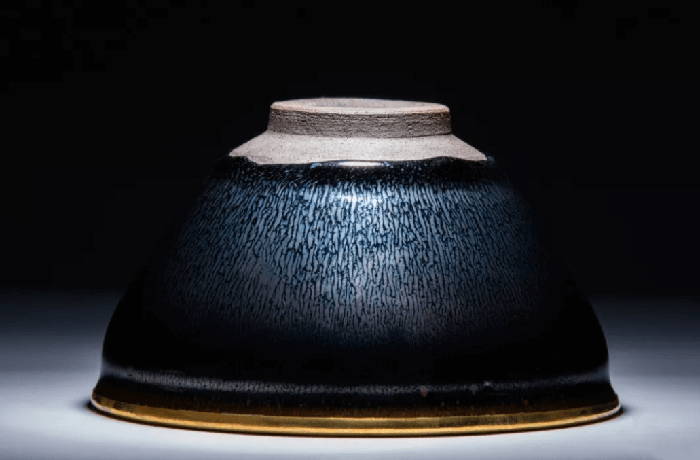 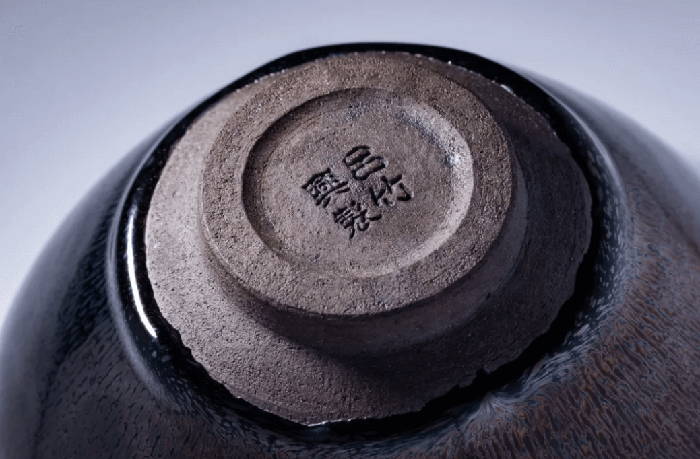 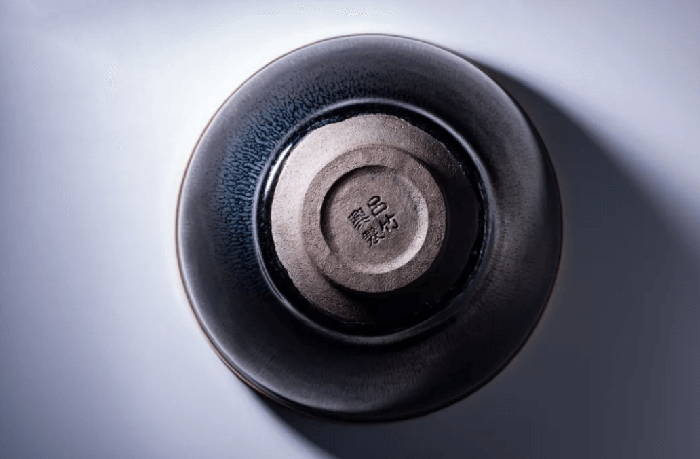 Lv Zhuxing has carried out considerable amount of research on the ruins and has undertaken extensive studies in the Song dynasty's pot making procedures. His work has reached such levels of perfection that it's almost impossible to differentiate them from the original ancient artefacts. His works are liked and appreciated worldwide by fans and critics and the local Jian ware experts from Fujian province as well as collectors from China, Japan. He has received many awards, few of them are given below:

(a) For his contributions in construction of Jian Kiln, Lu Zhuxing was honored as the representative inheritor of 1st batch of the Intangible Cultural Heritage in November 2013.
(b) His works received lot of praise in the 7th Fujian Cultural Comprehensive Exhibition in 2014.
(c) His work was selected to feature in the 2nd International Tourism Expo in Macau in November 2014.
(d) His "Hare's Fur" was awarded Gold medal for Arts and Crafts at the 31st International Gifts and Crafts Fair in Beijing in May 2015.
(e) The "Hare's Fur" also won Gold at the China Gold Art Award in January 2015.
(f) His "Oil-spot" was collected by the Jianyang District Cultural Center in August 2015.
(g) The "Oil-spot" was collected by Nanping Museum in May 2016.
(h) His work was awarded the Best Heritage Award in the 9th HGT Culture Expo in September 2017.
Added to cart!
Yuwell. You, me love life 22 Years! Free shipping when you order over XX You Have Qualified for Free Shipping Free Shipping For Over $x to You Have Achieved Free Shipping Free shipping when you order over XX ou Have Qualified for Free Shipping