Zhuo Liqi was born in 1949 in Wuyishan city in the south eastern Chinese province of Fujian. Liqi was actively involved in ceramic crafts production for several decades since his childhood.

At a young age of 16 years, he started working with his father, Zhuo Shanshu. Liqi had shown immense interest in the ceramic crafts as a child.

He worked his way to attain expertise in the art through his long engagement in it and is still going strong. His proficiency in the ceramic crafts has risen to great levels with his hard work. His dedication and love towards the craft offered him numerous openings at different locations, where he acquired in depth knowledge about the nuances of the ceramic crafts industry. This in turn enabled him to start his own ceramics studio. 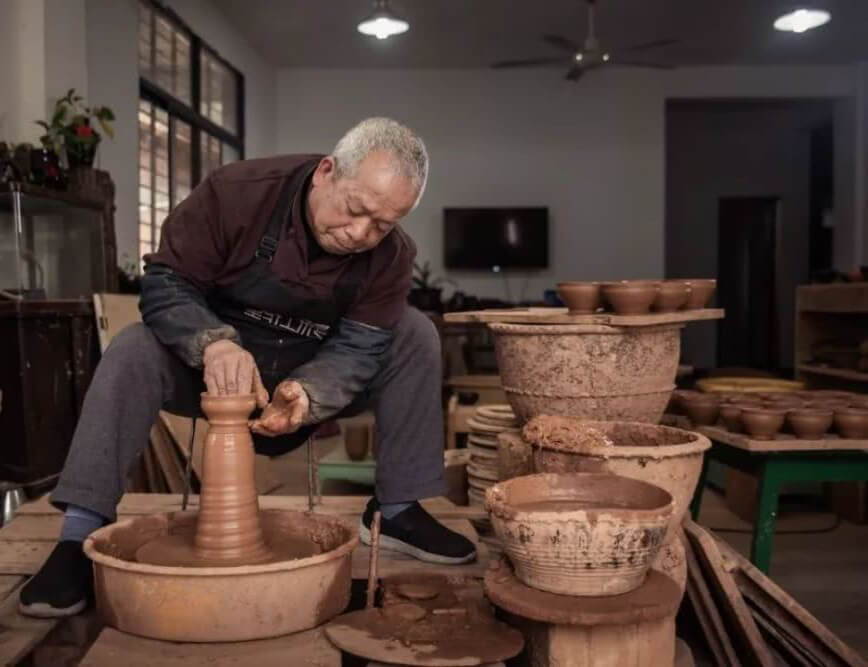 Liqi played a pivotal role in reviving the traditional Jian ware or Chien ware through his devoted research on the famous Song dynasty pottery. The typical black glazed Jian ware has strong special effects in patterns of oil spot, hare's fur etc that appear due to forcing out of the excess iron.

He started production of the imitation using original samples collected from the ruins of Song dynasty in Shuiji village in Fujian province. He combined his skills of ceramic crafts, latest production techniques and the knowledge of people of Song dynasty.

The imitations produced through this amalgamation were as close to the real Jian ware as possible as he learnt the actual characteristics of these exquisite pottery from the Song descendants. Zhuo started his production with small bottles of vinegar and oil, graduating to jars for salt, wine etc while perfecting the skill all the time.

The Jian ware or the Chien ware is traditionally made in different shapes like that of Shokou, Piekou, Douli, incense burner etc. The round oil droplets, dark finished glaze with clear boundaries make Jian ware produced by Liqi stand out.

He's got many prominent costumers like Xi'an Museum, China Tea Museum, Xi'an Garment Temple and Shaanzi Province who consistently collect his art work. The profoundness of his Jian ware imitation work can be gauged from the fact that they were presented in the inaugural edition of Ximen Air and later on auctioned at the Shanghai Fanhau Spring Art in 2016. 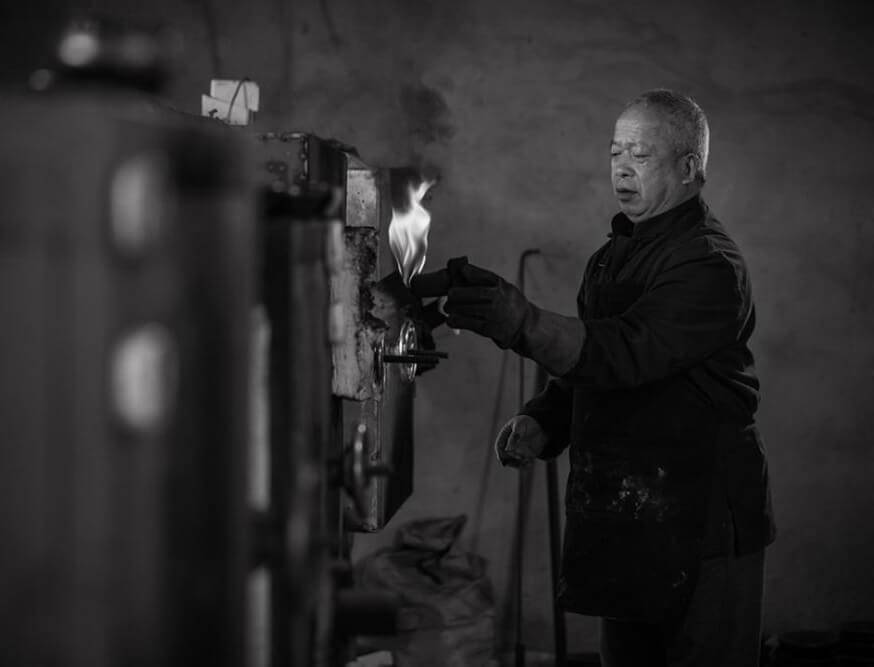 He may have grown old, but he's still got the best of ceramic crafts techniques. The art has entered his blood stream and the steps have become a second nature to him. Just like a seasoned pianist or a champion violinist, Zhuo Liqi's pottery making skills have transformed into muscle memory.

As soon as he touches the mud, his fingers make almost musically synchronized movements and before you know, a masterpiece is created. Even the handmade utensils built by Zhuo Liqi during his early years as an apprentice have become treasured possessions for art connoisseurs.

While the different shapes give body to Jian ware, the glaze provides it the soul. In order to produce a good quality Jian ware, the craftsman needs to develop the ability to make glaze water and also to control the kiln temperature effectively. The adjustment of temperature and management of glaze are key features in the production of a perfect Jian ware. Years of experience and loads of dedication are required to master these skills. 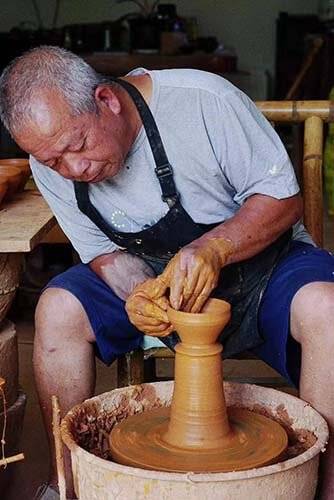 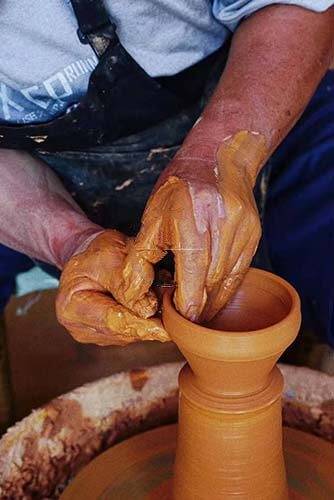 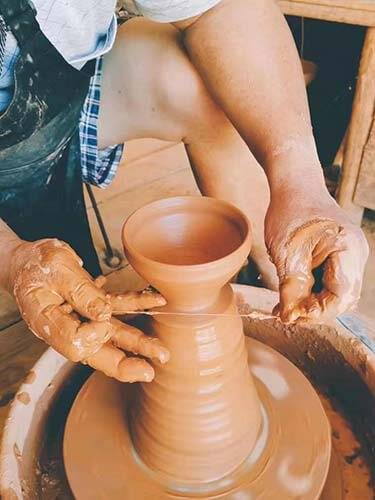 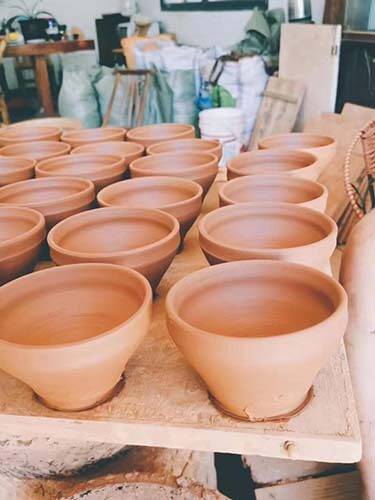 Zhuo Liqi uses the age old Song dynasty's techniques learnt through his extensive research and reading. The materials used by him are Eco-friendly and confirm to the standards of Song dynasty.

The thickness of the glaze has to be kept moderate as the quality of the finished product depends on it. It's difficult for the porcelain stripe to accumulate on thin glaze. On the other hand, if the glaze is too thick, it sticks to the kiln and the pottery breaks.

Glazing time and viscosity of glaze water are the other critical factors that decide the worth of the final product. Zhuo Liqi has made great name in the art of producing top notch black glazed silver-spot, which has become his specialty and is appreciated by art connoisseurs all over the world. 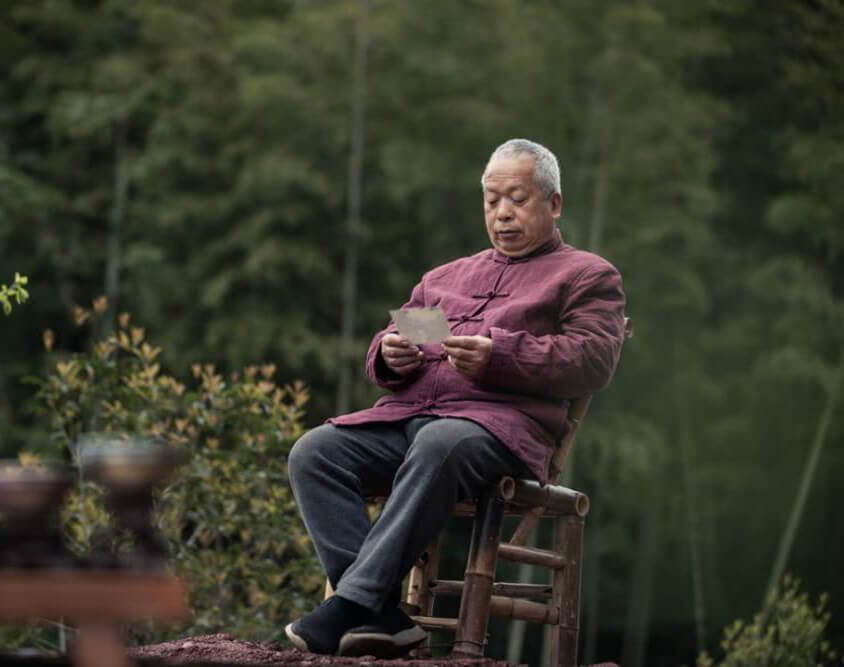 Zhuo Liqi only produces handmade Jian ware and doesn't like to use modern machines. As an outsider, it's difficult to understand the problems. Natural drying leads to cracking of almost half of the Jian ware, which implies that they've to restart the fire. The production rate with conventional material is very low as less than 30% of the Jian ware survives the classical burning and drying process.

Zhuo Liqi's son, Zhuo Yaoyang is also an avid lover of the Jian ware. Yaoyang started assisting his father at the age of 16 years just like Liqi himself. He aids his old man to burn the Jian ware.